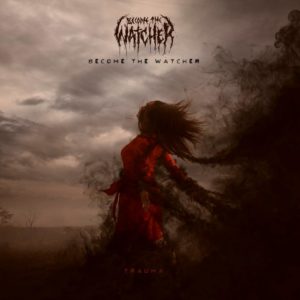 Prepare to be trampled under hoof for Durban based berzerkers Become The Watcher are due to lay siege to your synaptic chasms in the most crushing fashion with the title track from their upcoming album ‘Trauma’.

Due to be premiered this very night on Burgstudio figurehead France The Planet’s ‘Monday Night Metal Madness’, ‘Trauma’ is a turbulent whirlwind of sonic tumult.

Featuring Rudi Greyvenstein on Guitar, Bruce Mcnabb on Bass, Paul Palmer on vocals and Seth Parkin on Drums with contributions from former Drummer Rowan Vorster, the current incarnation of Become The Watcher have crafted a track of the most bone crunching proportions, which if anything to go by sets the precedent for an upcoming full length of the most ferocious and stellar sort.

This four minute study in streamlined savagery, one housed in an unctious production, seethes with vitriol as fretboard gymnastics, bludgeoning rhythms and violent vocals collide in a manner that is explosive yet fraught with cohesion.

To describe this track as volcanic is an understatement for the face melting double kick devastation, manic vocals and churning riffs that ensue from the opening tendon snapping drum battery to the scorching conclusion will leave you reeling whether you like it or not.

There is a progressive bent to the belligerant Deathcore this collective ply as evidenced in the twisted labrynthine confluence of rhythms and time signatures they unleash with such punishing abandon. Bringing to mind Aversions Crown as much as A Night In Texas the sonic maelstrom that is “Trauma” is testament to the fact that Become The Watcher are a force to be reckoned with.