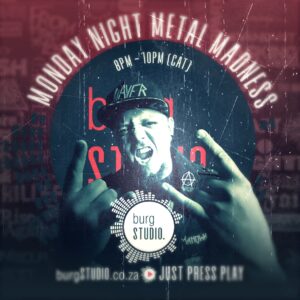 It was a Monday and I was so broken after the weekend’s event at Sognage!
Come have a listen to what transpired and the bands who played and more!!!
I also chatted to the fellas of the week’s THE METAL LAB‘s Battle Of The Bands winners Arms to Oblivion and had a blast listening what these champions had to say.