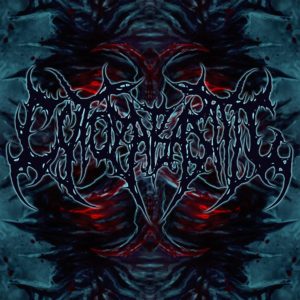 One of the most smoldering pieces of Slam I had the pleasure of listening to last year was courtesy of fledgling Russian sonic collective Cytoparasitic in the form of their bludgeoning album ‘In The Domain Of Misery’. Released by the mighty Ungodly Ruins Productions, this punishing foray into chugging rhythms and churning riffs will set your mind ablaze in a conflagration of sonic bliss.

Expect “Bree’s” galore accompanied by staggering rhythms and galloping drumming that alternate between lobotomized and speedier tempos with triumphant acumen. Seemingly I just can’t get enough of this stuff and there are days in which being a Slam junkie desperately seeking his fix and having it met through the type of chug that bands such as Cytoparasitic ply is a most rewarding endeavor indeed.

From the opening knuckle duster encased, fist-to-the-face that is “In The Domain Of Misery” one is treated to a twenty seven minute exercise in malicious music that is fraught with mammoth grooves and gurgling vocals. The Slam formula is adhered to on this release in the most stringent fashion. When visiting this most barbaric and stripped down sub genre of Death Metal I rarely look for bands that deviate from the form, in that sense my requirements are forever met through albums such as this, that stand as stellar examples of the Slam genre.

If it is your want to satiate your fix for the Slam mix and bands such as Embryectomy, Splattered, Facelift Deformation, Abnormity, Abominable Putridity, Kraanium and their ilk are your thing then these young brutes have you covered. Press play and bang your head!